People's Artist of the USSR, laureate of the State Prizes of the USSR (1967, 1976) and Russia (1996), the Prize of the President of Russia (2002), awarded the Nika (1992) and Golden Aries (1995) cinematic prizes. From 1964 to 2006 - Chairman of the Board of the Leningrad - Petersburg Composers' Organization. A minor planet discovered in 1994 is named after him. In 1996 he was awarded the title of Honorary Citizen of St. Petersburg. The composer was born in Leningrad in 1930. Since childhood, he was fond of literature, read many books, dreamed of becoming a writer. But fate has prepared for him a different creative path. In 1944, after watching The Big Waltz, a film about the life of the Austrian composer Johann Strauss, Petrov decided to become a composer. Ahead were the years of study at a music school, then at the conservatory, which he graduated in 1954. History, painting and, of course, literature became the inspiring sources for the creativity of young Andrey Petrov. 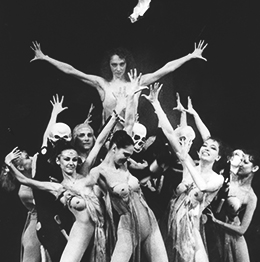